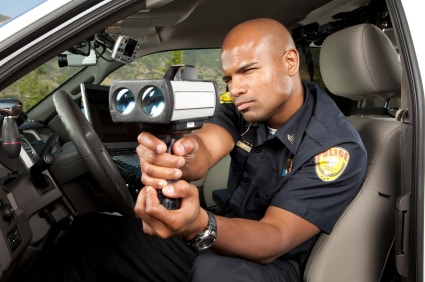 It is a common misconception that an officer has to show you his RADAR or LIDAR (Laser) device. In Maryland they can't even lock the speed in. At trial it comes down to the officer's word against your word. The officer was presumably using equipment that has been calibrated and certified. Most stops in Maryland are based on LIDAR, or laser, although many police cruisers have RADAR units installed. Some of these RADAR units are "moving" RADAR units, which means the unit can obtain speed readings of other vehicles while the cruiser is moving.

LIDAR units are deemed to be vehicle-specific, because the laser beam is so narrow. The LIDAR unit has a red dot in a sight, and the officer places the red dot on the front of your vehicle (typically aiming for the license plate, or grill) and pulling the trigger. The LIDAR unit then sends out three pulses of light that bounce off the front of your car, and are reflected back to the LIDAR unit. The unit then uses the distance that those three beams of light traveled, along with the difference in time between the light pulses to calculate the vehicle speed. The speed shown on the LIDAR unit is supposed to be accurate to within 1 MPH, and it also gives the officer the distance between your car and the officer to the 1/10th of a foot.

RADAR units have a much wider beam, so it 'gathers' more information. The unit displays the speed of the strongest signal, not necessarily the fastest object. Among other operating procedures, the officer is supposed to use the "Doppler Tone" to determine the strength of the signal. The louder, and higher the pitch of the Doppler Tone, the stronger the signal.

​Moving RADAR uses the same technology as Stationary RADAR, but the unit has two RADAR antennas, operating at different frequencies. Because the unit uses two different antennas, there are more checks that must be done to make sure the unit is operating properly, and when used in moving mode, the officer is supposed to make sure that the speed at which the RADAR unit thinks the cruiser is driving matches the speed on a certified and calibrated cruiser speedometer.

​There is a way to fight speeding tickets, and an experienced attorney knows how to exploit every possible weakness in the State's case. If you received a speeding ticket in Maryland, and would like to discuss your case with Scott, complete the Speeding Ticket Evaluation Form, and Scott will contact you. 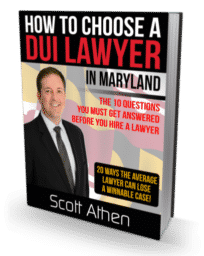 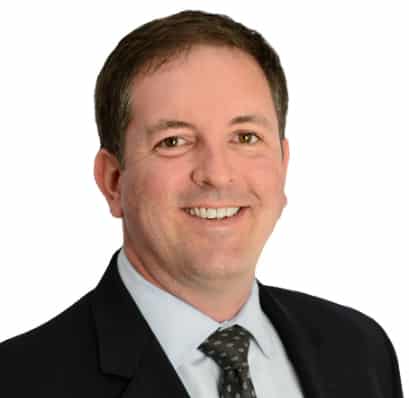